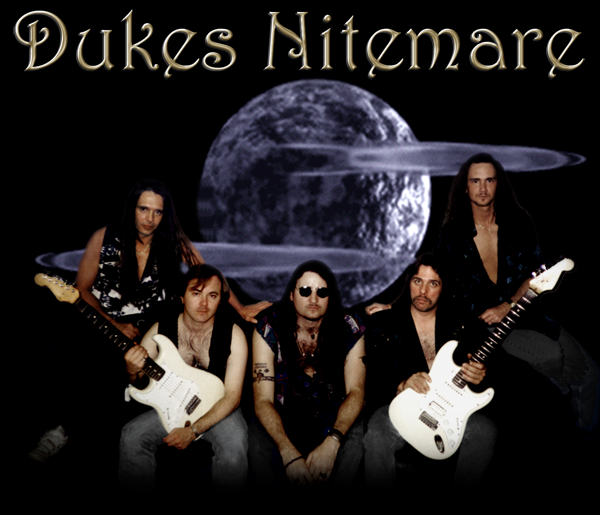 Dukes Nitemare was a group of seasoned musicians born and bred in the proud South. The magic was instantly obvious when the band, formed by Kyle “Duke” Miller and Johnny Scott, recorded their 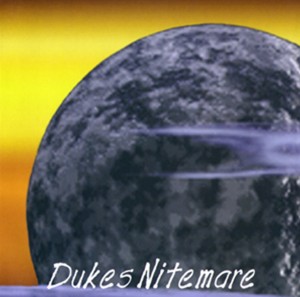 eponymous debut release in 1996 – and were showered by accolades by critics, fans, and listeners the world over.

The band’s second effort, “Willows,” was recorded in 1997 and 1998.  However, due to grueling show schedules and appearances at events such as the Philadelphia Music Festival, the effort was never officially released.

In 1998, Donnie Christianson was brought onboard to complete the lineup.  The band headlined the StarFest ’98 tour which included stops from the Florida Keys all the way to 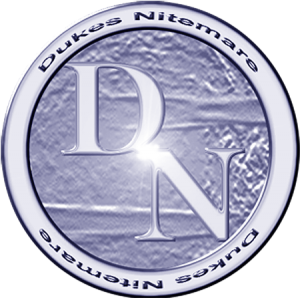 Canada.  Upon their return to the studio in January of 1999, the band realized the “Willows” recordings no longer represented the powerful sound the band had developed with these two powerhouse guitarists, thus the effort was scrapped entirely. 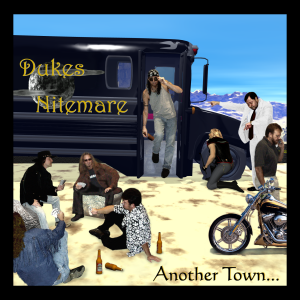 In 2000, the band began a new undertaking – one which would prove to be a labor of love – in resurrecting some of the songs from the scrapped “Willows” effort and combining them with several

additional road-seasoned tunes.  That effort would ultimately become “Another Town…Another Show,” released in 2003, and by far the bands most successful effort.

As the saying goes, “All good things must come to an end.”   And, so it was with the band after a few failed efforts to revive the magic in the years following.  While most of the guys have gone on to their own projects, the days of making music together had come to a close.  In a twist of irony, the last song recorded for “Another Town…Another Show” – “Endings” – would prove to be the last ever recorded by Dukes Nitemare.

For further information on the band’s legacy, or where to purchase their music, please contact the band’s former producer (Alan West) at alan.west@xmssolutions.com.